The U15 appoints Gilles Patry as its new Executive Director 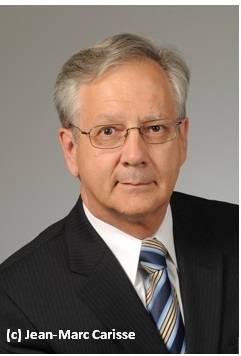 August 24, 2017 (OTTAWA, ON) — The U15 Group of Canadian Research Universities announced today the appointment of Dr. Gilles Patry as its new executive director, effective October 1st, 2017. He will succeed Suzanne Corbeil, who served as the founding executive director of the organization since 2012.

“Dr. Patry joins U15 at a time when the national conversation on research is extremely important,” said Dr. Guy Breton, rector of Université de Montréal and President of U15. “His hands-on experience, both in the academic and the public sectors, and his ability to marshal complex projects to completion will be of great value to our organization, the voice of Canada’s research universities.”

From 2010 to 2017, Dr. Patry was president and CEO of the Canada Foundation for Innovation (CFI) where he worked with universities, colleges, and research hospitals across the country to support world-class research through infrastructure investments.  Prior to joining the CFI, Dr. Patry served as President and Vice-Chancellor of the University of Ottawa (2001-2008), where he is now president and professor emeriti.  Dr. Patry was also Dean of the Faculty of Engineering (1993-1997) and Vice-Rector, Academic (1997-2001) at the University of Ottawa.

An academic with a distinguished career as a consultant and entrepreneur, a researcher, a university administrator and a public-sector executive, Dr. Patry is well prepared to represent Canada’s research intensive universities and assist them in shaping higher education and research policies for the country and around the world.

Dr. Patry is a Member of the Order of Canada, a recipient of the Order of Ontario and a Fellow of the Canadian Academy of Engineering. He has received honorary doctorates from the University of Waterloo, McMaster University, and INSA-Lyon (France).

The U15 wishes to warmly thank Suzanne Corbeil for her outstanding leadership over the past five years. “As founding Executive Director, Ms. Corbeil played a key role in setting out the vision and mission of U15, working with her colleagues to set a path forward in the environment we’ve faced over the last few years,” said Dr. Breton. “She definitely made a difference and brought U15 to the level it is now. She can be extremely proud of her contribution.”

The U15 Group of Canadian Research Universities is a collective of Canada’s leading research-intensive universities. Although each institution advances its own research and education mandate, The U15 Directorate works for the collective interest of all our members. We foster the development and delivery of long-term, sustainable higher education and research policy, in Canada and around the world.

U15 Welcomes Announcement of the Canada 150 Research Chairs

October 27, 2017
Ottawa, ON (October 27, 2017) – The U15 Group of Canadian Research Universities welcomes the announcement of the Canada Research Coordinating Committee by Ministers Duncan [...]
Read more
View All Statements & Releases